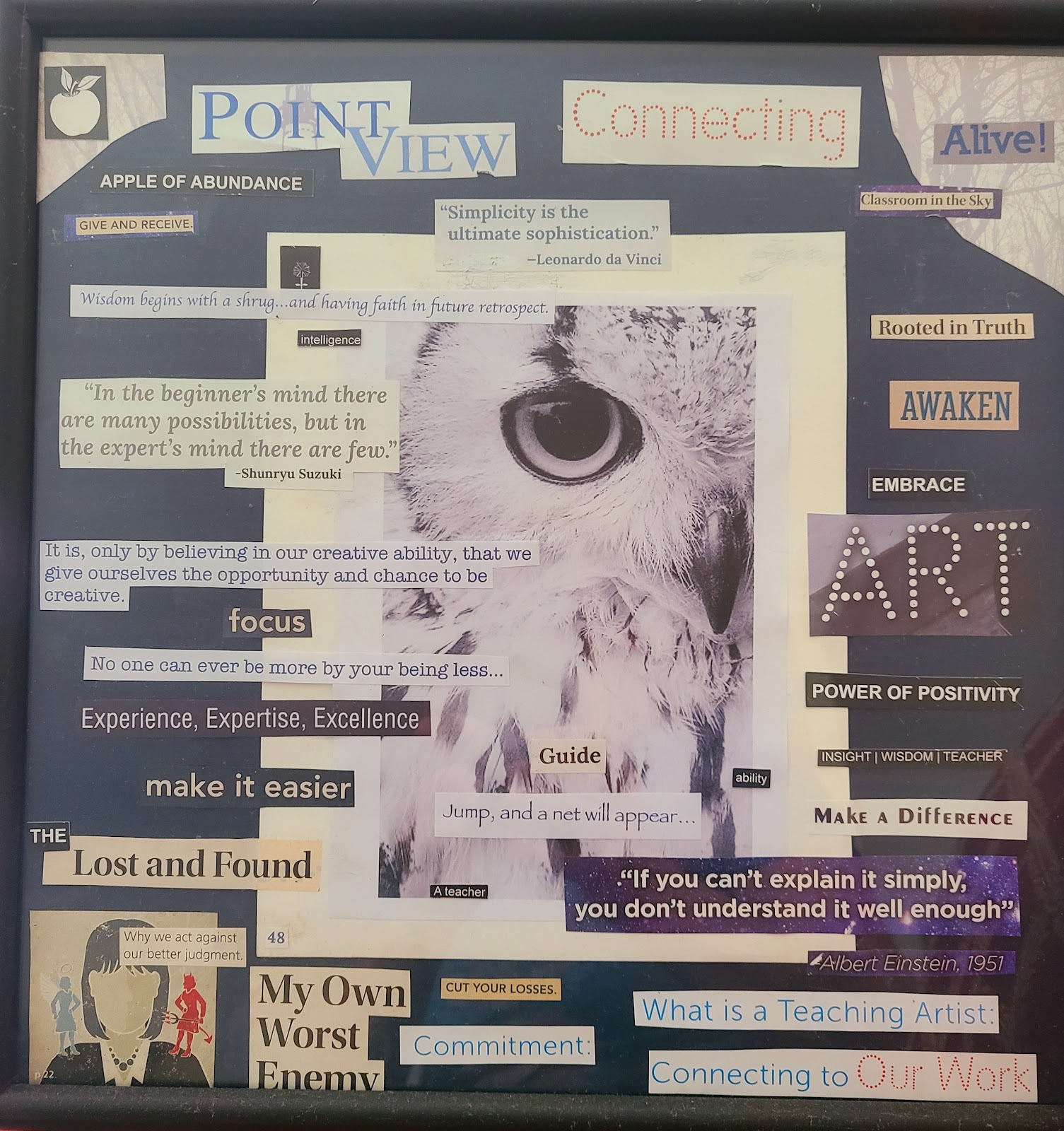 It’s only been a few weeks since the last dismissal bell rang, a little over two weeks since packing up our belongings, walking out our classroom door, and putting this crazy school year behind us. All things considered, this year’s crew and I had a great year. I’m not kidding. It was really hard, but we got through it together. And I got innumerable reminders of this from my students and their families, in the form of generous gift cards, heartfelt notes and letters, and a seven minute video tribute that brought tears to my eyes. But boy, was I exhausted.

After treading water for far too long, I made a conscious decision to carve out a little time for myself, to get out of the water, take a breath, and consider the future. The beach has a way of helping me put things into perspective. And I have a really big decision to make. To retire or not to retire?…that is the question.

It’s a question I hear many talented and dedicated educators asking themselves these days. My own, personal answer is completely dependent upon which horizon I find myself gazing into, which future I can imagine myself walking toward. I’ve been a classroom teacher for a long time. But there’s a restlessness inside that’s telling me it’s time for change.

I’m lucky to have options. Many teachers aren’t that lucky. I can decide to continue to teach, for one more year, at a school that’s been my home for close to a quarter of a century. I can wait it out for a few more years, to see what the tide of education looks like a little further down the shoreline. Or I can walk away, toward a horizon that I can’t quite form a clear picture of just yet.

Driving into the entrance gate of Island Beach State Park, pondering possibilities and searching for a little wisdom, my thoughts were interrupted by a sudden and unexpected flash of anger. It was the sharp voice of an old resentment, popping into the passenger seat to weigh in on the situation. As I pulled away from the guard booth, taking a deep breath and inhaling the fresh, salty air, her familiar voice broke the silence. “Isn’t the Governor’s mansion somewhere around here?” she asked nonchalantly.

With one simple question, I was back to a summer day in 2017. My mind quickly retrieved the image of our then Governor, sitting with his family on a private beach, far away and detached from the public he served. That picture had been taken somewhere around here, somewhere over the dunes to my left. That year, the governor had closed our state parks and other “non-essential state services” for the Fourth of July weekend during a long-standing pissing contest with our state legislature. The fate of my future health coverage as a state employee hadn’t been resolved by the people who were in charge of making the rules and, as a result, our public parks and beaches had been closed…to anyone who wasn’t the governor or a member of his inner circle.

“Where were you that weekend?” the voice continued to probe. I tried to ignore her and focus on the beauty of the dunes, covered with tall sea grass, welcoming me to my day of scheduled rest and relaxation. The voice knew exactly where we were back in July of 2017. She was just poking at me, trying to rile me up.  She’s a sneaky little bitch sometimes. We’d been in my car that day too, trying to get past a barricade set-up at Liberty Island State Park. My friend and fellow teacher had scheduled his wedding for the July 4th weekend. He’d planned this summer shindig so as not to disrupt the school year.

That’s the kind of thing most teachers I know do. They allow their professional lives to mandate their personal lives, even if it means having an outdoor wedding in temperatures expected to reach close to one hundred degrees. This isn’t a complaint. It’s a fact, an unspoken part of the deal you sign up for when you decide to become a teacher, whether you realize it or not at the time.  I made it through the barricade that day. It was a beautiful wedding.

A few miles down the road, after recovering from this festering resentment against Chris Christie and all things political, I found a parking spot and headed to the beach. Sitting there, gazing out at the horizon, watching the waves crash against the shore, questions I’ve been asking myself over and over for months kept crashing into my thoughts. “Can you really leave it all behind, Mary? The kids? The read aloud rug? Can you even afford to retire?”

Sitting by the ocean always reminds me that, in the grand scheme of things, I am really quite small. I’m a middle-aged, single mom, sitting alone on a beach in New Jersey, trying to decide if she still wants to be a teacher. In the classroom, I may appear larger than life to many of my students, but from an aerial photo taken off of Island Beach State Park, I am but a dot on the sand.

Retiring from my life as a classroom teacher won’t change the tides or the course of history. It won’t affect people in Montana…or China…or Russia…or Catmandoo for that matter. It won’t have any significant impact on the people sitting right down the beach from me. But leaving a career, a school, and a community I love is a huge decision. When I am faced with a big decision, it helps to lay out the pros and cons. My son and daughter call this process, “Mom making her nutty list.”

There are pros and cons to all life’s choices. Knowing which one is a pro and which is a con often eludes me, especially when I am caught up in the current, but seeing my thinking out loud, in writing, helps me begin.

There are many reasons to stay in the classroom. Spending the day in a room full of kids is at the top of Mom’s nutty list. There are no words to fully capture what it’s like to marinate in child-like wonder all day. The kids help my jaded, world-weary self take a back seat, and forget about what’s going on outside our door for a little while. Whether I’m sitting on the floor of our classroom or sitting around an oversized ottoman with my own two children, getting lost in the moment with kids is pure, untarnished joy. I’m really afraid of what a future without that will look like.

I love my job. I wake up in the middle of the night thinking about school, designing activities and planning lessons on my bedroom ceiling. This either shows a deep passion for my craft or a deep-seeded psychosis that doesn’t allow me to see myself, and my true impact on the world, in proper perspective. But it is a completely different world when the classroom door closes and we explore topics and ideas together, tucked safely away from the grinding wheels of Big Education, where politics and bureaucracy have kept us in a never-ending cycle of blame. That’s a riptide I just don’t want to be caught up in anymore.

Who knows? Maybe a new year and a new group of kids is all I’ll need to reboot and find inspiration. Maybe it’s time to pass the gauntlet to the next generation of teachers. Maybe it’s time to look back and be grateful for the lives that I did touch…and smile, as I walk toward a different and unfamiliar horizon.

When I began my teaching career, so long ago, I set out to change the world. Now, almost a quarter of a century later, the realist in me knows that, in my own small way, I already have.

To retire or not to retire? That is the question.